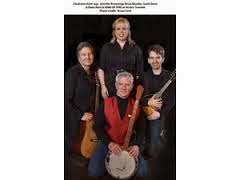 Although careful to avoid impersonating Johnny Cash, there is no sidestepping Cash’s trademark low notes in many of the songs that are sung during this show.  Not one of the featured performers is able to go to that place where heartache and hard times reside, which speaks volumes about this production of “Ring of Fire.”


Parts of "Ring of Fire" need polish, but the Actors’ Summit production as a whole captures the rebel spirit and brooding style of the American icon that was Johnny Cash. ...
If audiences are willing to overlook some inconsistencies in quality, there’s still a lot to like about "Ring of Fire," named for the 1963 Cash hit that Rolling Stone named No. 87 among the Greatest Songs of All Time.

What is lacking in a polished performance is made up by a hyper-enthusiastic audience who hung onto each note and rewarded the performers with loud clapping and cheering.  While not my cup of tea, fans of the man in black will flock to this show and love it despite its flaws.