The take-away from this tender character study, besides the master class in naturalistic performance and design, is a greater compassion for the aliens among us and a newfound ability to see those we easily dismiss as invisible.

In spite of the quality of writing and superb production, THE ALIENS is not a play for everyone.  As the play's director Nathan Motta said in his pre-curtain talk, "experiencing this play takes work."  It is not exciting.  There is only one incident of high drama.  The laughs are few.  (It was interesting that on opening night, the only emotional reactions came from a scattering of Generation Z’ers.)  If you attend, let the play simmer in your head and see what emerges.  It’s worth the effort.

The Aliens, a play by OBIE-Award winning playwright Annie Baker, and Dobama's latest offering of contemporary fare, dignifies these discussions by giving them to these lonely explorers of the universe. There are no Carl Sagans in this group; rather, there are three gritty pathfinders searching for meaning in the universe. What emerges is an intelligent and tender production."  -


To see a full review of this show, read review at  Cleveland Scene

THE ALIENS is a play that you watch for what it does not have.  There is scant action, long periods of seemingly inactivity and a thin thread of plot.  It is only through careful observation that you discover the genius of this minimalist work.  It is a play that you must work at to understand, but your efforts will be generously rewarded.  See this one.
To see a full review of this show, read Mark Horning's blog.

As darkness falls, KJ dances a Pan's ballet with the sizzling stick, sparks flying, leaving tracers in the air. The big man is awkward and yet light on his feet, and it's a mesmerizing and beautiful passage, cut short when the sparkler begins to sputter and then go out. That dying of the light presages a calamity when this trio of misfits is rocked by unexpected tragedy, the suddenness of the event like a sharp intake of breath. With it, everything changes, and the playwright leaves Beckett behind to create a moving, meaningful work all her own."

Email ThisBlogThis!Share to TwitterShare to FacebookShare to Pinterest
Labels: Dobama 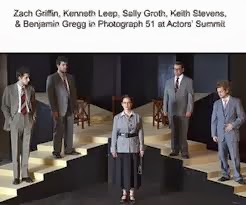 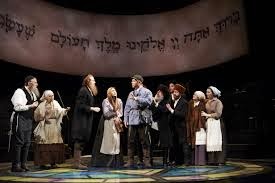 The  guy playing the rabbi was brilliant!

The opening night audience for YENTL failed to give the standard Cleveland standing ovation.  This might be construed as an omen that there was a disconnect between the viewers and the production.  It’s too bad. YENTL is an important script, which tells a fascinating story of a writer, ahead of his time, who weaves Jewish history with modern issues.  I wanted so much to really be swept away by the production. Unfortunately, that wasn’t the case.


It seems Isaac Bashevis Singer’s classic short story “Yentl, the Yeshiva Boy” is destined for the gay sensibility.  It’s not immediately apparent if director Michael Perlman is pushing a bit of sexual revisionism onto Singer’s innocent tale about a young Jewish woman in 1880s Poland who must dress and act like a male in order to study Talmud.   Fortunately, director Perlman is intelligent enough so as not to shortchange the overriding theme sof Singer’s tale – sexual equality the being true to one’s self.

Although the play is better than the movie, it remains bloated with extraneous scenes, making the 2 1/2 hour production including intermission, feel a whole lot longer.
Michael Perlman's stodgy direction lacks all traces of subtlety and mystery.
The episodic format grows tiresome.


If you are willing to overlook the imperfections of dialect, the dramedy tug of war and the nudity (front row patrons beware), Yentl still makes for a fine evening of entertainment.  The strength of the acting helps greatly in overcoming the weaknesses.

Despite a very long first act and a couple odd staging choices, the piece retains the power to make us question the death grip that attributed gender can impose on many people.
To see a full review of this show, read Christine Howey's review at  Cleveland Scene

Though "Yentl" is well-acted and directed with a light comic touch by Michael Perlman, that kind of authenticity is missing from other key sequences in the production. Sure, it's a dramedy, but too many lines are delivered by members of the ensemble with squints and exaggerated accents that recall Jerry's carping parents in "Seinfeld." The script is clever enough – no mugging necessary. 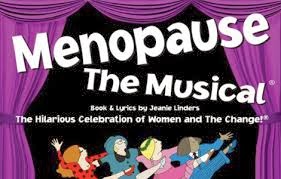 “MENOPAUSE, THE MUSICAL” is a delightful portrayal of the “Change, Change, Change” that women of a certain age go through, that consists of “Hot Flashes,” as they realize that “I’m No Babe,” and requires a “New Attitude.”  Do you have to be a “mature” women to appreciate the goings on?  No, but from observing the opening night audience, it helps!  (Don’t forget to bring a fan if you are in the “change” age group.

A celebration of "the change" this musical continues to entertain the ladies of a certain disposition. The current cast have better matched voices than those of previous productions, and though the material is getting a bit dated, women will still enjoy the show better than their male counterparts. Kudos to the production company for using home grown talent.

Email ThisBlogThis!Share to TwitterShare to FacebookShare to Pinterest
Labels: PlayhouseSquare 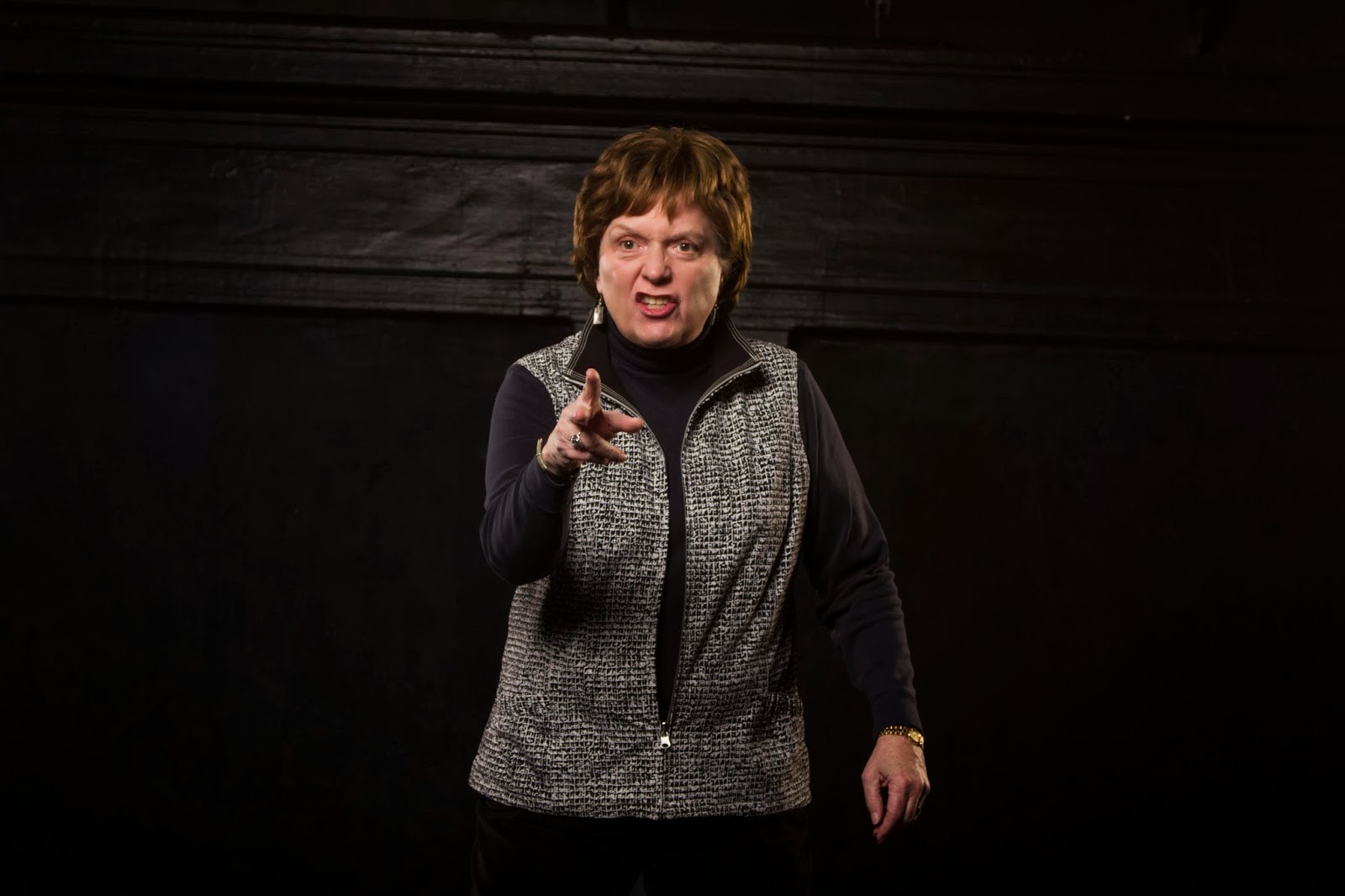 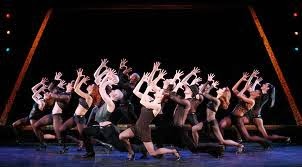 The touring company of ‘CHICAGO’ presents an audience pleasing production.  It will “razzle dazzle you,” and give you a feeling that you’ve seen “all that jazz.”

If any Broadway show ever proved the maxim “less is more,” it’s the taut, bawdy, razzle-dazzle musical comedy “Chicago,” making yet another tour stop at PlayhouseSquare through Sunday.

Howard Gollup's reviews appear in the (Elyria) Chronicle-Telegram and the (Medina) Gazette and are only available on-line to the subscribers of those newspapers.


It is what this version of the musical “Chicago” does not have that makes it great.  It is a minimal set, minimal costuming and minimal effects that help you concentrate on the talent that is gracing the stage.  It is the combination of a great orchestra, great singing, great dancing and great acting that will make this a really great theater experience for you…be prepared to be ‘razzle-dazzled’.

Though the musical was conceived back in the days when cigarettes and blow were considered diet drugs, and though Fosse's moves – jazz hands, sinuous pelvic thrusts, poses cribbed from the Kama Sutra, locked King Tut-ian wrists and ankles – have been copied and parodied and copied some more, "Chicago" has yet to go out of style.

The imprint of Bob Fosse's hand is strong on this production, including his original choreography in the second act "Hot Honey Rag." With no set, the show focuses on style to sell the story of guilty-as-sin husband murdering wives. Excellent dancers all, the cast deliver from the opening "All That Jazz."