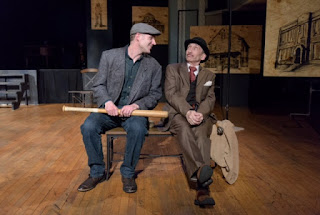 "Goosetown" is the result of an ambitious two-year project to create an original musical steeped in Akron’s rubber history, set in 1913 when the city’s booming factories drew thousands of immigrants and out-of-state workers. ... Six of the seven characters have a tragedy or cross to bear. But Buck has created essentially six separate story lines that run simultaneously, and although these stories intersect, we don’t often feel their characters connecting on a deep level. Goosetown has gone through several workshops and many revisions, but these separate stories could still stand to be streamlined and simplified.