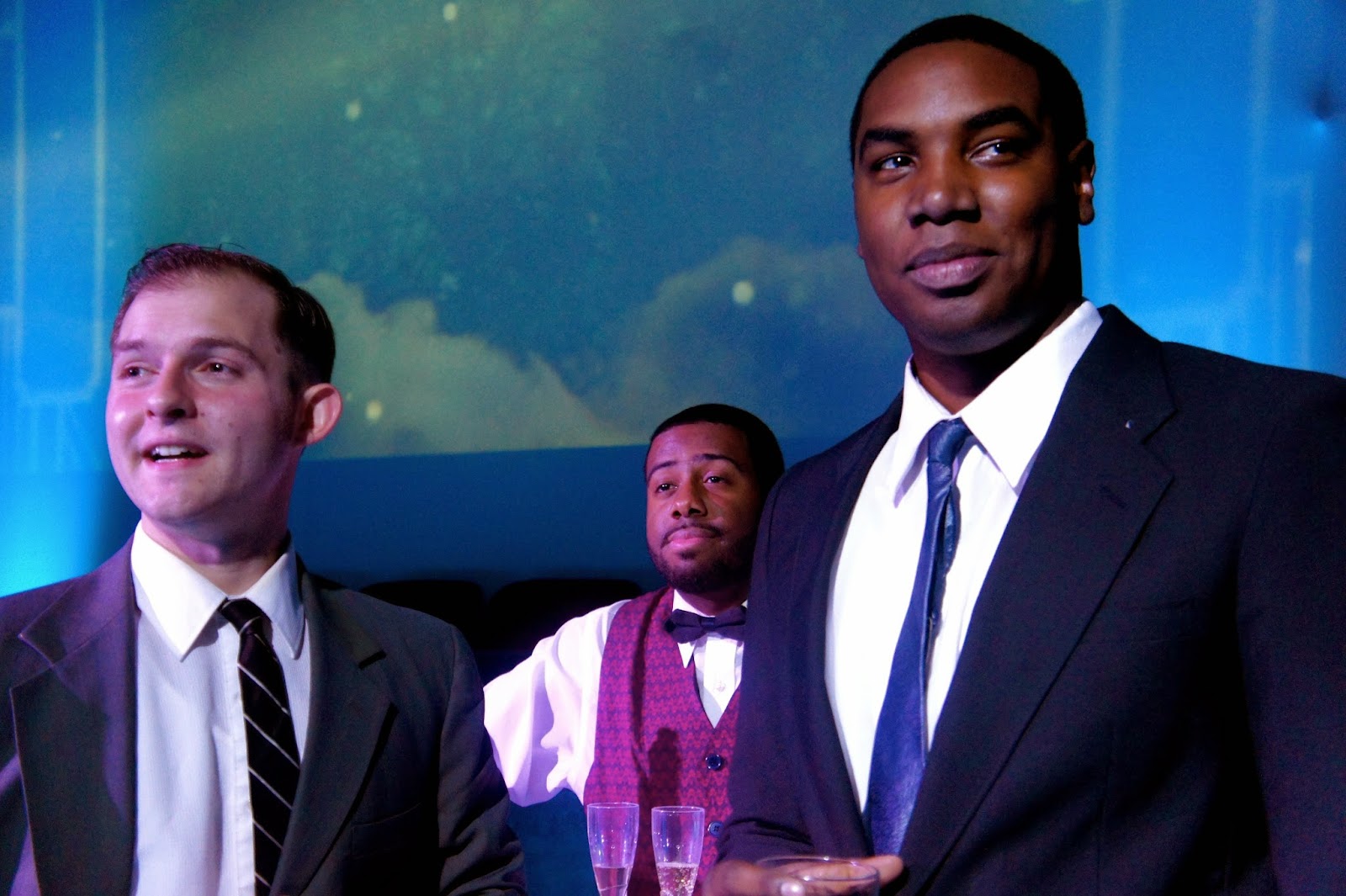 Sometimes doing too much with an American masterpiece rather than letting it speak for itself screws up the works. Ensemble Theatre's "The Great Gatsby," under Ian Hinz's misguided direction, offers a case study.

“The Great Gatsby” is the illuminating tale of the Jazz Age, a time of the pursuit of money for the pursuit of money, with no moral base.  Neither the play version itself, nor the Ensemble production, is a perfect rendition of Fitzgerald’s classic book, but both do develop the basic  story and give an illusion of the America that was.  It’s worth a viewing.
To see a full review of this show, read Roy Berko's blog here.


First the book, then the first movie (1974), followed by the second movie (2013) which more closely followed the book, and finally the play which is the closest of all to the original manuscript, The Great Gatsby has had a storied history.  This production is worthy of the decades of accolades which has been showered on what many consider “The Great American Novel”.  For diehard fans as well as casual readers of Fitzgerald’s works this is a worthy interpretation.
To see a full review of this show, read Mark Horning's blog.

In the critical role of Gatsby, handsome Kyle Carthens comes off more like a bashful and deferential sophomore at a college mixer.

Like an expensive bottle of champagne you've been waiting to open, "The Great Gatsby" is full of delicious, bubbling promise.  But, like that cava after the cork is popped, once the action begins, everything falls surprisingly flat.