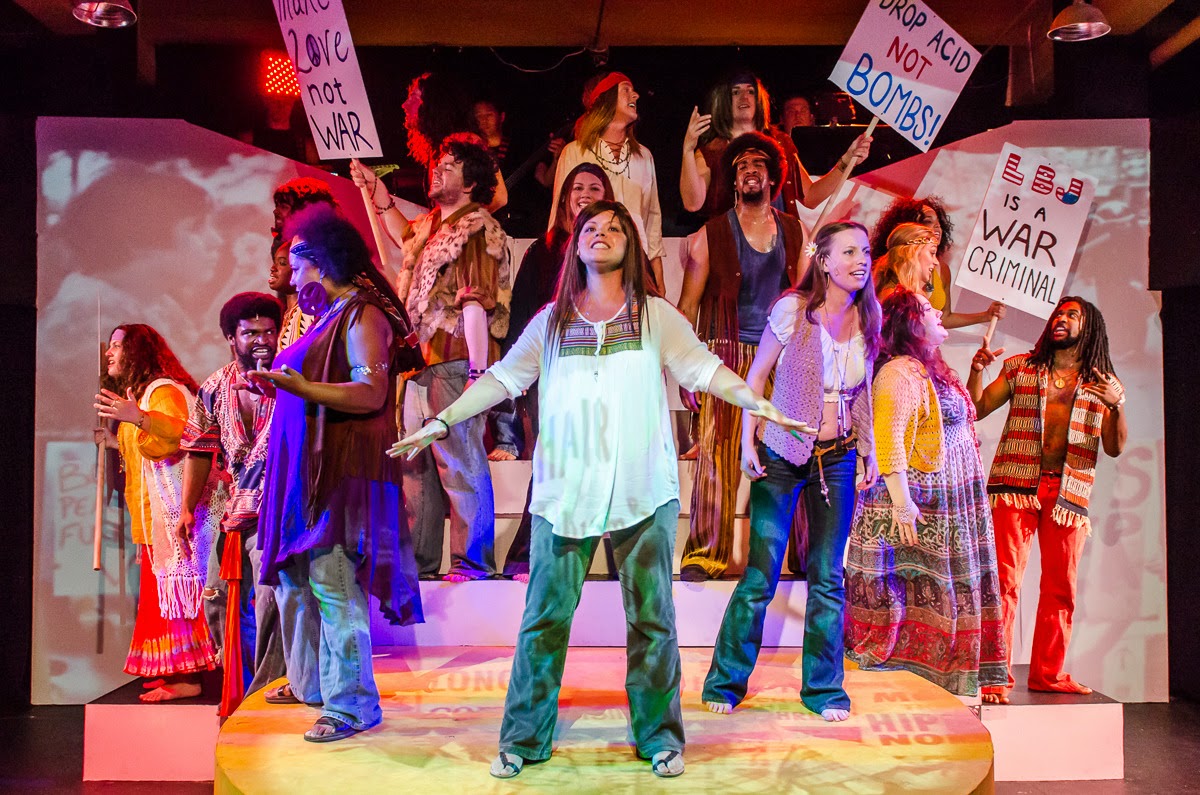 
Despite the unfortunate but inevitable aging of Aquarius, Blank Canvas Theatre's production of "Hair" has tapped the key ingredient that made the original Broadway production such a success:  it is extremely likable.

HAIR is a classic musical, which entered the theatre into an era of reflection of the turbulent era of the 60s and broke many traditional theatrical formats.  For those who want to relive the era, or who want to generally get an idea of what was going on during those times, the Blank Canvas staging gives an opportunity to take a seldom reprised trip through the times.  Due to a generation gap in understanding the true angst of the era, this isn’t a great production, but it is entertaining.


Taking a big stage production and trying to fit it in a small theater space is always a risky proposition but due to the energy and precision of this cast this show works well on a lot of levels.  It gives this staging an even more intimate feel which is what the original creators sought.
To see a full review of this show, read Mark Horning's blog.

Although this production has its flaws (and only a nanosecond of nudity), there's enough radical spirit and go-for-broke youthful energy to light up the stage, and maybe a few bongs.