AMAZONS AND THEIR MEN @ convergence-continuum 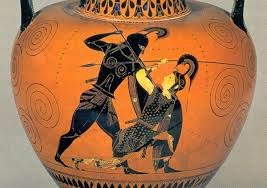 
You’ve got to admire convergence-continuum for swinging for the fences with every production it stages.  Unfortunately, its rendering of Jordan Harrison’s “Amazons and Their Men,” an offbeat off-Broadway success in 2008, misses by a mile.

Jordan Harrison’s “Amazons and their Men” is a well written play that tells a fascinating and revealing story of film making and Nazi Germany.  Unfortunately, the convergence-continuum production does not live up to the potential of the script.


From a company that has delighted and thrilled me to no end with past performances (I was truly looking forward to this show) I was gravely disappointed.  Nothing seemed to click…from the acting, delivery of the dialog, costumes and props…it just left me feeling sad.  Go see it to see if you agree with me.

The script by Harrison is so continually fascinating that a spotty performance by con-con’s four-person cast doesn’t create many obstacles. Although it would certainly help if this production had been done in an appropriate period style with crisp comic timing.

It's a marvelous play--but it's badly executed, the effect not unlike seeing a beautifully cut frock on a potbellied pig.

The epic film that was never made by Hitler's cinema propagandist Leni Riefenstahl is the origin of this play which adds layers of interaction among actors, lovers, and figures from Greek mythology. This production probably has less humor than the playwright intended as the audience unravel the relationships.