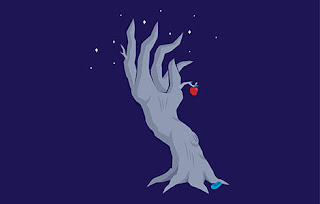 
Surely you followed the real-life drama of Michelle Knight who, in 2002, was abducted by Ariel Castro and finally rescued from his Tremont home after spending 11 years in captivity.  Leave it to Cleveland-born playwright Rajiv Joseph to find poetry in such pathology.

MR. WOLF is a study of a girl, a man and a family in turmoil.  The dark drama leaves many unanswered questions that should tweak after-production discussions.  It is a play which will confound some, and exhilarate others (including me).  It is the kind of script that CPH should do more of in order to stretch the audience to be exposed to a wide range of theater.

While abounding with a variety of unanswered questions, “Mr. Wolf” gives you just enough information to answer what in some cases may be rhetorical.  The amount of thinking effort post play is up to you but at the least it will make for a lively discussion on the way home.  Well done.

After an opening scene that pulses with intrigue laced with heady discussions about infinity and the cosmos, the play slowly devolves into a domestic drama with snatches of a police investigation. It is indeed rare to see a play begins so promisingly and then meander away from glorious possibilities to settle for a handful of mundane clichés.

Playwright Rajiv Joseph tackled an almost impossible subject in “Mr. Wolf.” I went into the performance in Cleveland Play House’s Outcalt Theatre with no knowledge of the subject of this drama.  Now, I have nothing but admiration for Joseph and the cast for dealing so openly with this topic.

MR. WOLF, like Joseph's BENGAL TIGER, works on our hearts as its' messing with our heads.  If also refuses to offer pat answer or an ending tied up in a neat, bright bow, all reasons to celebrate this finely wrought production.