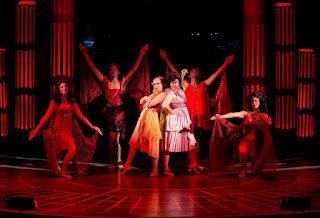 
Expectations were so low for "Xanadu" that when the reviews came out after its Broadway premiere in 2007, the promotional ad taken out by the theater simply read:  "The critics loved it. Seriously."  The Beck Center production is even better.  Seriously.