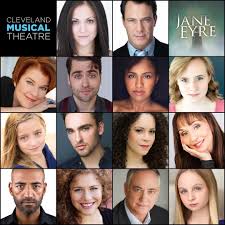 Eight stage adaptations of the much-beloved “Jane Eyre” appeared in England and America between 1848 and 1882.  There have been many others since but it is hard to imagine any better than the one currently being staged by Cleveland Musical Theatre.


“Jane Eyre,” in its new form and format, is a musical that shows that a “small” production, in which care is taken with directing, casting and technical aspects can make musical theater more captivating than big, splashy, over-produced shows.  With an additional “signature” song, the revised script seems ready for an off-Broadway, small theatre run.

This production shows a clear path to making Jane Eyre, the new revised musical version, an outstanding theatrical experience for years to come.