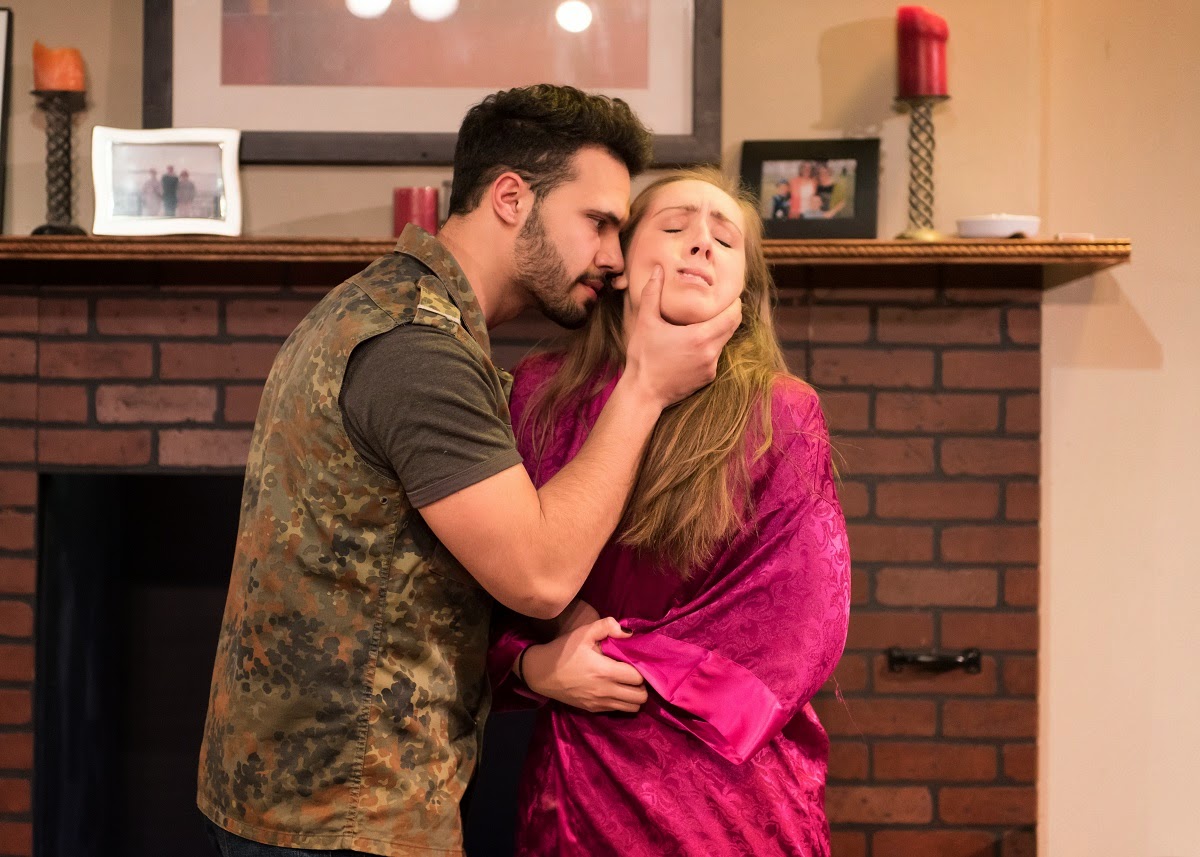 
Despite the immense shortcomings in the play and the unfortunate foreshadowing in director Jonathan Kronenberger’s staging, the four actors do excellent work in turning Mastrosimone's caricatures into believable characters.  In addition, the fight choreography and execution of the violent assault early in this play is singularly shocking.

To see a full review of this show, read Bob Abelman's CJN article here or
http://www.clevelandjewishnews.com/columnists/bob_abelman/

While this play by William Mastrosimone is not without its flaws, it has a brutal honesty and enough credible moral complexity to fuel a number of intense post-show conversations.