Lonesome West @ None Too Fragile Theater 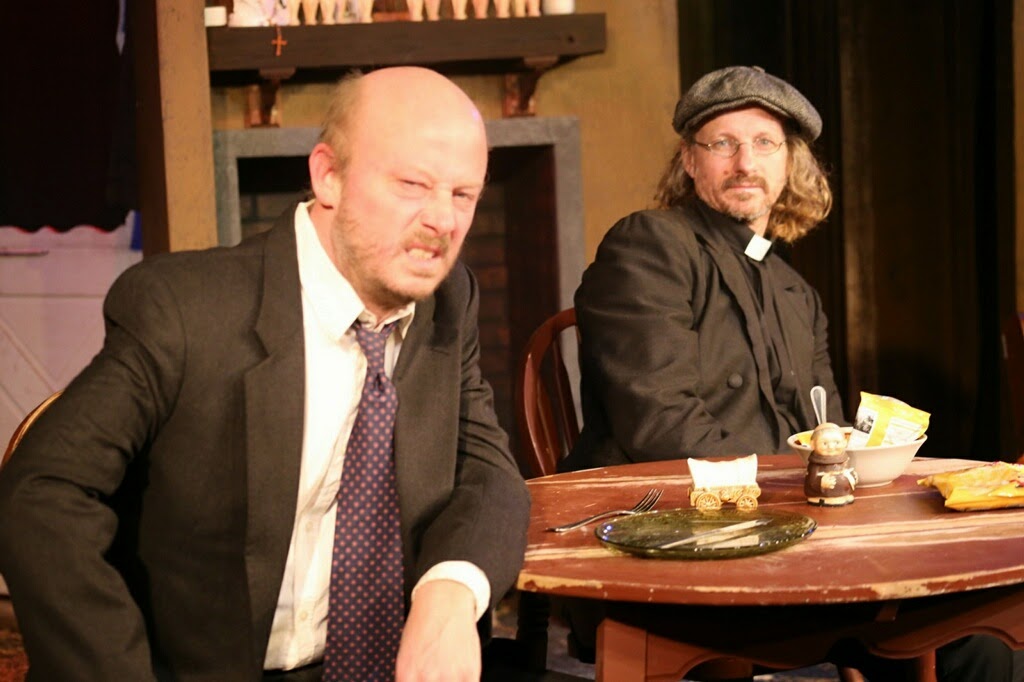 
Unlike the playwright’s “The Pillowman” (recently performed to perfection at convergence-continuum), where the gruesome drama sets up disturbing avenues for dark comedy, the hilarious “Lonesome West” leads with the comedy and allows the dramatic moments to find their own way to the surface.  And by comedy we're talking vintage Warner Bros. cartoon humor, where the perpetually feuding Coleman (Sean Derry) and Valene (Andrew Narten) are live-action equivalents of Bugs Bunny and Daffy Duck with a brogue.

Sparks fly in more ways than one in the savagely funny "The Lonesome West," now onstage at None Too Fragile in Akron’s Merriman Valley.   Martin McDonagh’s black comedy is one of absurd extremes as brothers Coleman and Valene constantly bicker over everything from plastic religious figures to who gets to touch a magazine, eat crisps (chips) or drink poteen (a distilled Irish drink).

They craft a pair of relationships that are dramatically different in their details but share a common thread of desperation — one quiet and tender, the other foul-mouthed and violent.

The None Too Fragile production of "The Lonesome West" is some of the best theater you'll see this season. But be warned: Potato chips, household appliances and organized religion are harmed in the making of this play

No review yet.
To see a full review of this show, read Andrea Simakis' blog or visit Cleveland.com here.