PHANTOM OF THE OPERA @ PLAYHOUSE SQUARE 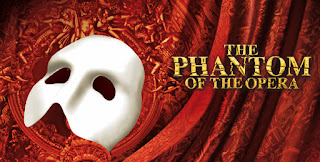 
In 1992, they said that the Tony Award-winning “The Phantom of the Opera” could not be financially and theatrically successful outside of New York City and London’s West End.

Phantom of the Opera newbies will undoubtedly be wowed by the reconfigured production.  Those who have seen the Broadway, or one of the early touring company editions, may be less impressed.


This is the ONE…the bucket list…the “we have been waiting years to take the kids to see”…the I cannot believe it is finally back here in Cleveland…absolutely must see at all costs performance that you and your family will talk about for years and years.  It is beyond theater…it is a total experience unlike anything you have ever witnessed (unless of course you already saw it in London, Toronto, Cleveland or New York City).  Some tickets still exist, but you will need to hurry.