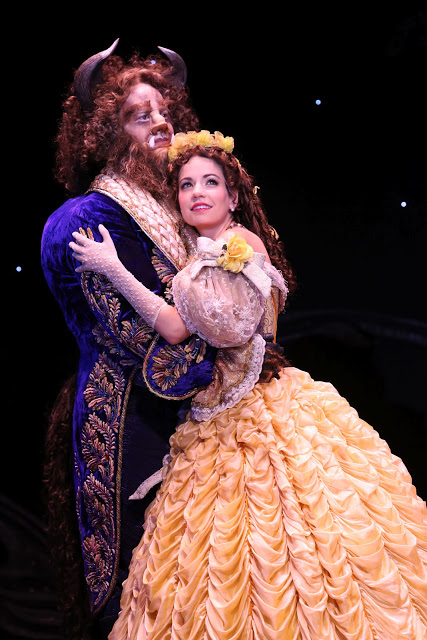 “Disney’s Beauty and the Beast” on tour is both beautiful and beastly.  Children will be charmed by this colorful equivalent of a musical theater theme park, while most adults may well feel cheated by the cost-saving production values and re-envisioned version of the original on Broadway.