ONE FLEW OVER THE CUCKOO'S NEST @ Blank Canvas Theatre 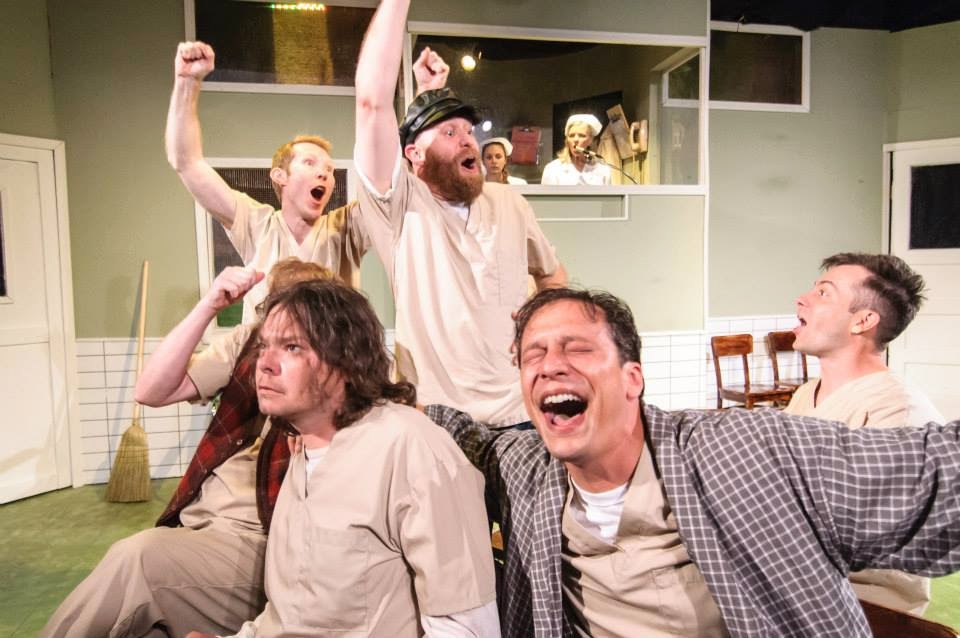 
Blank Canvas Theatre – Cleveland’s primary provider of cultist comedies and wonderfully bizarre musicals – has also based its professional reputation on its productions of modern classics. Its current rendition of Dale Wasserman’s “One Flew Over the Cuckoo’s Nest,” directed and designed by Patrick Ciamacco, does little to bolster that reputation.


“One Flew over the Cuckoo’s Nest” is one of America’s great plays.  The script gets an outstanding production at Blank Canvas. The cast is outstanding, the direction spot on, the pacing is excellent, the intimate venue lends itself to the audience being completely swept into the action.    It is a must see!


“Cuckoo’s Nest” is what one might consider a “complete” play that touches on all of our emotions.  We experience laughter, sorrow, compassion, anger, fear and empathy as we see ourselves through the various portrayals of the characters.  While you may like or not like the ending, this is an intense night of theater that will leave you drained but in a good way.  Great cast with a great vehicle.


Things don’t start well in this production, as the first act is larded with so many long pauses, lingering beats and languorous low-volume line readings (other than McMurphy) that one begins to feel drugged. But the second act snaps into shape nicely under the direction of Patrick Ciamacco.