This musical is a history lesson for Generation Y—a raucous mix of subversive political satire, emo rock rhythms, and jello-shots of audacity.  Despite its bold, hit-and-run recklessness and theatrical risk-taking, it never loses focus, direction, or its audience’s undivided attention. “Bloody Bloody Andrew Jackson” is invigorating theater; the type of show that demonstrates that quality entertainment comes in all forms.

Though not for everyone due to the pounding music and uncensored language, BLOODY BLOODY ANDREW JACKSON, is one exciting and well conceived show.  In my mind, it’s a sure MUST SEE!


"Bloody Bloody Andrew Jackson” is a raunchy, fast-paced rock n' roll retelling of the life of the seventh U.S. president Andrew Jackson. The stellar cast, in fabulous shoes, play out the story of a Tennessee orphan who went on to break treaties with countless Native American tribes and kill the Spanish settlers in the South before becoming president. Dan Folino as the cocksure rockstar plays the loner who hates “the Spanish, British, Washington aristocrats and Indians” in a musical that unfortunately gets cluttered as it tries to cover too much ground.
To see reviews of other shows, read Marjorie Preston's blog here.

The clever construction of this show has audience giggling at the racist and self-serving treatment of American Indians and Hispanics at the hands of Andrew Jackson as he rises from teenage victim to President of the US. The language and rock and roll will alienate many theatergoers as well. There is an enthusiastic audience for this show, and hopefully The Beck Center will find it.

Email ThisBlogThis!Share to TwitterShare to FacebookShare to Pinterest
Labels: Beck Center for the Arts 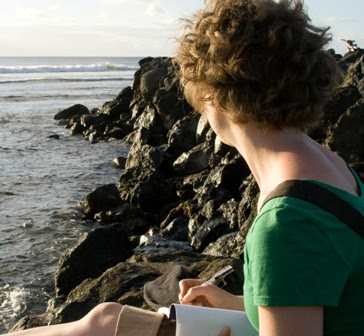