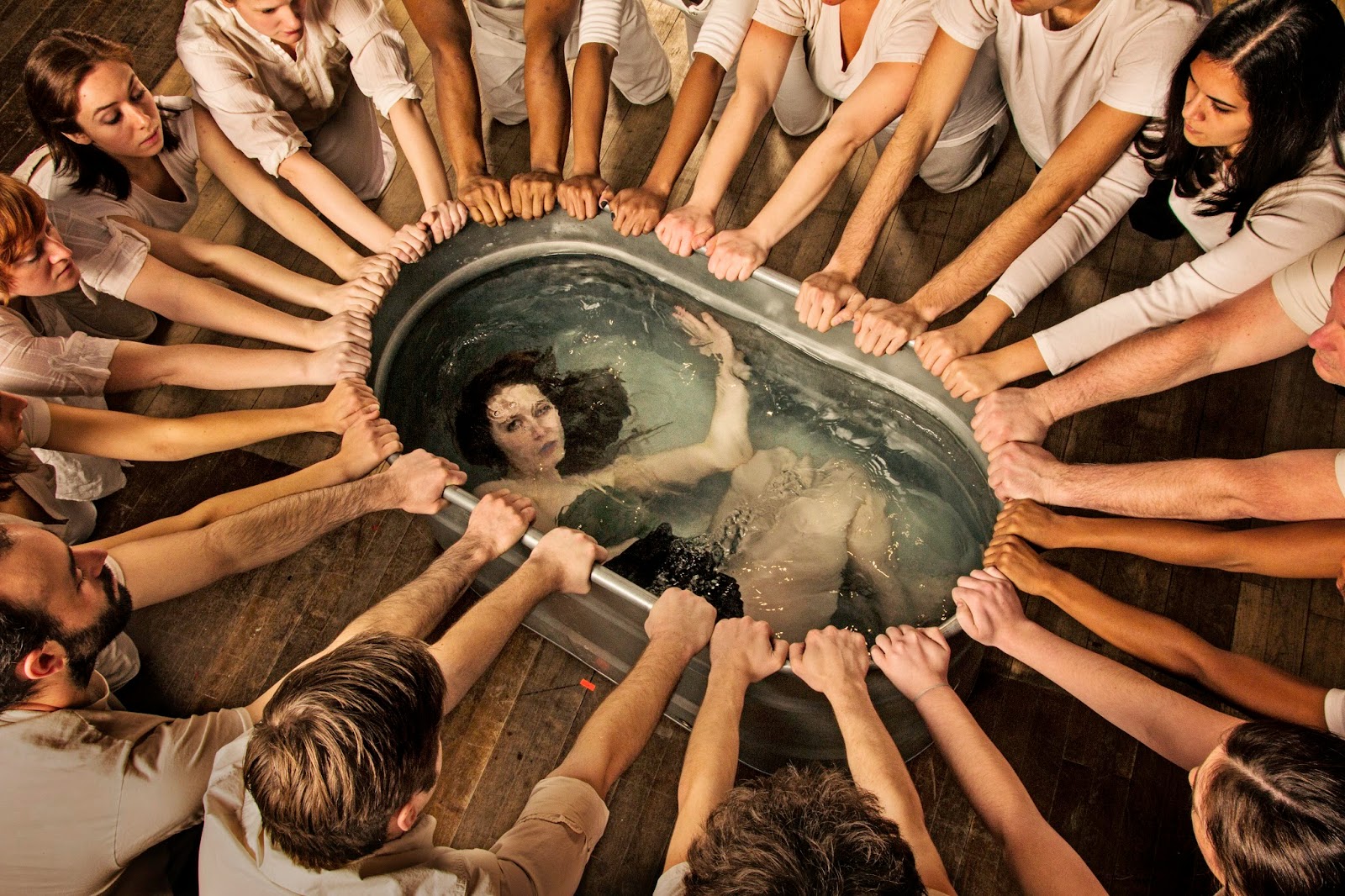 Cleveland Public Theatre, with its Elements series, continues to use theatre to not only entertain its audience, but to act as an arts device to alert people to the needs and wants of society, as well as teach civic and social responsibility.  FIRE ON WATER, though overly long and redundant, is an interesting piece of devised theatre, that, as the rest of the Elements series, illustrates the fragility of the world in which we live.


While each segment stands well in its own right, the constant bombardment of the same information gets to wear thin in this two and a half hour marathon of a singular and one dimensional subject.  While fans of CPT, BC, TS, OTP and TN will rave, others new to Cleveland Theater will feel a bit overwhelmed.  This is theater for an acquired taste.


To see a full review of this show, read Mark Horning's blog

Even with some wrinkles — and we're not talking about the fingertips of the marinating water spirits — Fire on the Water consistently surprises and challenges the audience.

Taking the "more is too much" approach, CPT and guest artists built a quartet of plays over three seasons, little enough time to conceive, write and develop one successful piece, with so many cooks and moving parts, let alone four. (There were supposed to be five plays, but one was mercifully amputated along the way.)

Consequently, though "Fire" has moments of weirdness that, like that dragon, spark into true inspiration, most of the time, the show is all wet, comically cloying and preachy or designed for children who respond to bright colors and big gestures.